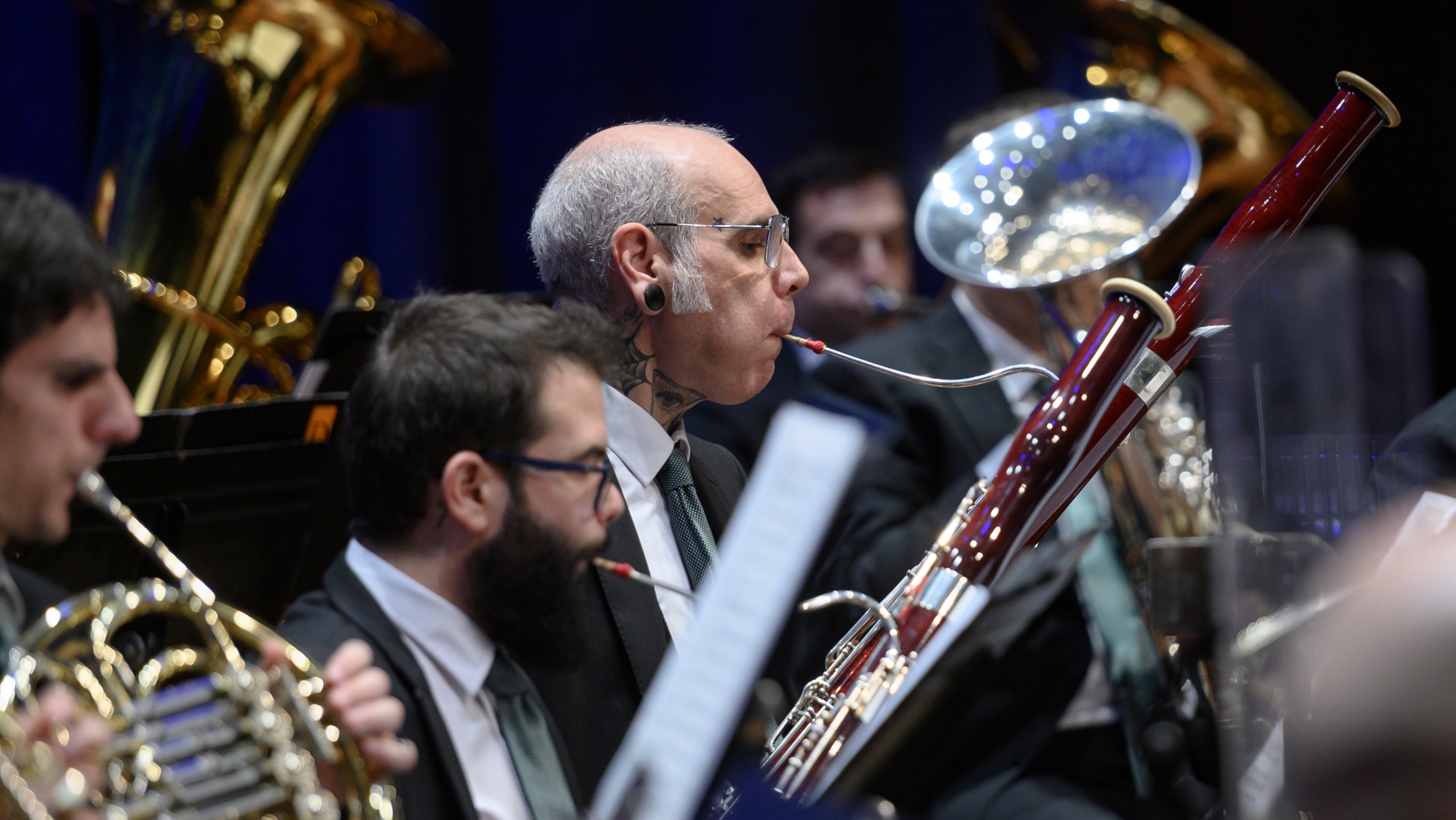 In 1927 the Municipal Band of Barcelona traveled to Frankfurt to participate in the international music exhibition that opened on June 11. Dirigida pel mestre Joan Lamote de Grignon, va oferir 8 concerts amb un total de 26 obres diferents, la majoria d'autors catalans i espanyols. In the last concert, the eminent composer and conductor Richard Strauss took the band's baton to conduct his symphonic poem Don Joan , a work that Lamote de Grignon himself had transcribed for the occasion. This same version, revised by José R. Pascual-Vilaplana, is the focus of much of this concert.

The second work in the program, Symphony n. 2 by James Barnes, was premiered by the University of Kansas Symphonic Band. It is organized in three movements: an elegy, interrupted variations and a finale that ends with a spectacular and energetic coda.